I love this Beautiful Couple Justine & Reiner Vollert, I had the honour of meeting them for the first time at our New Zealand on Fire Kingdom Warriors & Overcomers Conference at Papamoa in 2016.

Since then they have both been a real blessing to us as a ministry, last year they helped to get Adam Thompson to and from the meetings and they never ask for anything but humbly serve the Lord.

Last year at the New Zealand Explosion Conference I prophesied over them that God had not finished with them yet and he had plenty for them to do. This word as well as many other confirmations from the Lord through various voices is coming to fruition .

On Saturday (25th August) they are both flying out as missionaries to a very unstable country South Sudan, sacrificing the comforts of home,
They will be supporting the local community,

They are our first official Kingdom Warriors & Overcomers Missionaries going to the Nations, this does us proud, but even more than that they are going to South Sudan as ambassadors for the Kingdom Of Heaven.

I will be posting Monthly updates on their journey and sending out emails, please contact us on kingdomwarriors777@gmail.com if you would like to be on our emailing list.

Also for anyone wanting to give please contact us and we will allocate the funds to support Justine& Reiner Vollert whilst on the mission field.

Leave a Message of Encouragement for them
As the Body of Christ let’s get behind this beautiful couple.

Please don’t just like this post, if you know them take the time to leave an encouragement.

Love you Both, Stay Strong. 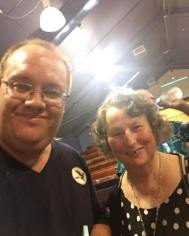 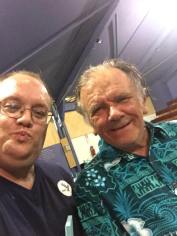 Update from Justine and Reiner

Greetings family and friends,
Christmas is upon us once again and we find ourselves in a place we really didn’t expect to be this time last year. Once again God called us back to the mission field. This time to South Sudan a country we knew very little about. A country that only two years ago had been ravaged with war and many people were left dislocated and living in crowded refugee camps. So we were really unsure of what we were letting ourselves in for. One thing we were very sure of was Gods call and that no matter what our lives were in his hands fully and completely, and that whatever happens He will be our constant rock on
which we can stand. That He would never ever fail us or forsake us. He has been so incredibly faithful.

We have been here nearly four months. It seems such a long time ago and yet only yesterday. Coming to South Sudan, leaving behind our adult children and grandson has been huge for us. We realised we would miss a whole year of his life. Internet communication has been minimal so being in touch has been a constant battle. I settled
in fairly quickly to my job as a home school teacher. I teach three children two eight year old girls and a six year old boy. I also give piano lessons to eight of the 9 children. Reiner has been making connections in the community . He has become good friends with a blind pastor, who Invited him along to white cane week, in which we marched with the blind up to freedom Square. At the end of the proceedings he was asked to pray In front of dignitaries and the rest of the blind communities . That he found a little nerve wracking but was thanked after words for his contribution to the events of the day. We both escorted the blind Back to the local church which was about a 45 min walk. Thanks to the on going grace of God we have managed to keep illnesses away. There has been the odd day where we have both felt a little unwell but that was probably a little bit of dehydration and our bodies getting use to the intense heat.

We have now come to Uganda for two and a bit months while the other members of our team have either gone on holiday to Kenya or gone home for Christmas and the New Year. We return to South Sudan in 27th of February where we will return to our normal lives there. We will be learning the local language juba Arabic, which we are really looking forward to. We both already have learnt a few words, and are able to answer basic greetings.

God has and continues to show us Grace and Mercy…. Facingthese and His Endless Love… as we stumble perhaps even struggle brings to Life His never ending care and comfort. I
have made it a project to Journalize this years Journey using a Devotional ( yearly ) which I am using…. Along with other Readings…. I have a Challenge to change a number of perceptions and afflictions…. ( None to Post here )…. Except to say…. To God Be The Glory…. and…. There is no song or Melody to declare…. Except to say…. Yeh and Amen…

So we wish you all a Merry Christmas…. and A Happy NewYear…. We appreciate All of the Support ( Financial and Spiritual )…. Please continue the Prayers as well….

02.09.2018
We are here now in south Sudan just waiting for the other families to arrive then we will be moving into our house in town . It is close to a church an Engljsh speaking one that we will be attending. We are looking forward to getting settled there
Here at the main base it is very quiet . Only one staff member and the workers are here at present. The other members of the team have families so they are driving from Uganda or Kenya. There is a new family of six coming as well. So they tell us the numbers have increased somewhat.
Here at the base they have tea time at 1030 in the morning.  It is in Arabic. We are expected to read the Arabic from the bible book they have printed. At present they have one on Genesis. So Monday Reiner and I have to join in and read it as well. It is quite simple . The promumciations are very much as it is written which is quite good. So Reiner and I pre read the chapter in English so we get the front of what is written. The pastor does speak a little English so he gives some of the teaching in English for us.
Well that is it for now. LOVE to all at KWO
Justine and Reiner 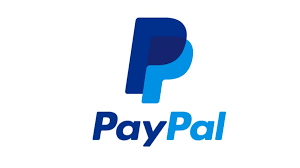